What Kind of Insurance Do I Need?

Danny was an avid motorcycle rider.  He loved the freedom of being on two wheels and feeling the wind in his face as he rode around town or on the open highway.  Danny also knew the rules of the road, and he knew that anyone on a motorcycle is more vulnerable than folks driving in cars and trucks.  Danny was always careful to avoid putting himself in a dangerous situation on his bike, and he always wore protective clothing and a helmet.  Danny did everything he could to keep himself safe.

Danny was also careful in other important ways.  Unlike many motorcycle riders, who are often unaware of insurance intricacies, Danny had tried to protect himself and planned ahead by purchasing an insurance policy that included high limits of uninsured motorist coverage (UM) and underinsured motorist coverage (UIM).  What most motorcyclists and drivers don’t know is that the additional coverage is quite inexpensive once you already have your primary liability policy in place.

What is Uninsured Motorist Coverage (UM)?

Uninsured motorist coverage (UM) is the part of your automobile / motorcycle insurance policy that covers you in case you are injured by another driver who doesn’t have any auto insurance, or in certain other situations, like hit-and-run crashes.  Utah’s minimum UM limits are only $25k.

What is Underinsured Motorist Coverage (UIM)?

Underinsured motorist coverage (UIM) is the part of your insurance policy that covers you in case you are injured by the negligence of another driver who has insurance, but not enough insurance to cover your injuries.  Utah’s minimum UIM limits are only $10K and can be waived if you don’t watch carefully, or if you don’t understand what insurance you’re actually buying.

Both of these insurance coverages are especially important for motorcycle riders, because motorcyclists are much more likely to sustain serious injuries in a crash.  A crash that causes little or no injury to someone driving a sedan or pickup truck can cause catastrophic injuries or even death to a motorcyclist. And the more serious an injury, the higher the medical bills and lost wages the person will have. 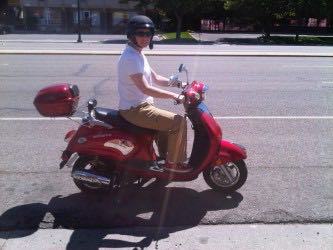 If the at-fault driver has little or no insurance, the motorcyclist may be stuck paying hundreds of thousands of dollars in medical bills and receiving no compensation for lost wages after a serious accident.

Danny’s crash illustrates why this is so important.  Despite following all rules of the road himself, Danny was seriously injured when a driver driving a stolen car ran a red light and slammed into Danny’s motorcycle, throwing Danny to the ground and causing serious injuries.  Danny was lucky to survive. He was in the hospital for weeks, and then in a rehabilitation hospital for several months. Danny’s medical expenses were hundreds of thousands of dollars.

The stolen car that caused the crash did not have any insurance that would apply, so Danny’s only avenue of compensation was his own uninsured motorist (UM) policy.

The Lance Andrew Law motorcycle accident lawyers in Salt Lake City were proud to represent Danny in obtaining the full uninsured motorist insurance Danny had purchased. Fortunately for Danny, he had planned ahead before ever getting on his bike to purchase good insurance that protected him and not just other drivers.

Call Today For A Free Consultation

John was also an avid motorcyclist, and, like Danny, was hit by a car while traveling through an intersection, when an elderly driver turned left in front of him—one of the most common scenarios in motorcycle/automobile crashes. John suffered significant head and orthopedic injuries, including a serious traumatic brain injury, many broken bones, and other lasting and life-altering injuries.  He too incurred hundreds of thousands of dollars in medical bills, and because of his severe injuries, 31-year-old John may never able to work again.

John, like Danny, knew and followed the rules of the road and wore protective equipment to keep himself safe.  But John’s legal case—and, consequently, his post-crash life—was significantly different than Danny’s. Although John had purchased $100,000.00 in liability insurance coverage on his motorcycle, the insurance company had sneakily convinced John to completely waive  UIM coverage by telling him he could save money on the cost of his insurance policy. What they didn’t tell him is that he was only saving a couple dollars a month, and he was actually buying better insurance for someone he hurt than he was buying for himself!

Sadly, many insurance companies do this to motorcyclists when they sell them insurance policies to reduce their exposure in case their motorcyclist insured is involved in an accident with an underinsured motorist.

If you run into a situation such as this with your insurance company, a Lance Andrew Law motorcycle accident lawyer in Utah can answer your questions to make sure you fully understand the motorcycle insurance policy.

The consequence of that decision was that John’s recovery after his crash was limited to whatever insurance the at-fault driver had, and she had the Utah state minimum insurance limits of just $25,000, which was not even enough to cover John’s first 10 minutes in the hospital, let alone all of his lifetime medical expenses, which will be in the millions of dollars.  The result? John—and, later, Medicaid—paid for John’s medical expenses, and John was never able to receive any compensation for likely being unable to work ever again.

What was the outcome?

Both Danny and John were safe riders who did everything they could to avoid getting hurt.  Yet Both Danny and John suffered injuries so severe that they could not even make decisions for themselves and had to have loved ones appointed as guardians to make decisions for them.  But life after the crash was significantly different for Danny than it was for  John because Danny had protected himself by purchasing UM and UIM coverage.

Both Dustin Lance and Jessica Andrew ride motorcycles, and we are keenly aware of the dangers riders face every day.  We encourage all motorcyclists to protect themselves from the financial consequences of a crash by making sure you have enough insurance to protect you. 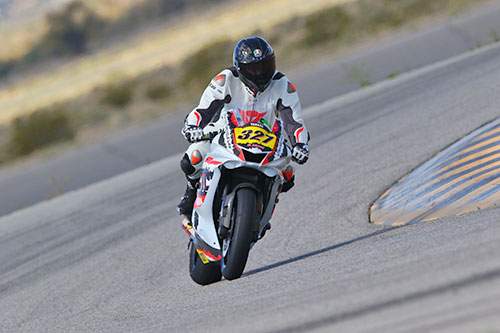 This goes for motor scooters too!  Sometimes scooter riders assume that because they’re not riding at the same high speeds as motorcycles, they are at lower risk for injury, and therefore don’t need UM or UIM insurance.  Scooters are just as susceptible to an accident like Danny’s or John’s as motorcycle riders, and injuries can be even more severe if the rider isn’t wearing a helmet.
Remember that anything on two or three wheels is going to leave the rider more exposed and vulnerable to injury than almost anything else on the road.

Don’t gamble with your life! Ride safe, and protect yourself with the right insurance.

If you’d like to discuss your insurance and protecting yourself, or if you or someone you love has been in a motorcycle crash and need help obtaining compensation, call a Lance Andrew Law motorcycle accident lawyer in Utah. Our attorneys will travel to you regardless of where you live within Utah.

Call Today For A Free Consultation